Guidance on composing for saxophone. BCMG saxophonist Kyle Horch talks on video about composing for oboe: the range, traditional and extended techniques and composing idiomatically for the instrument. 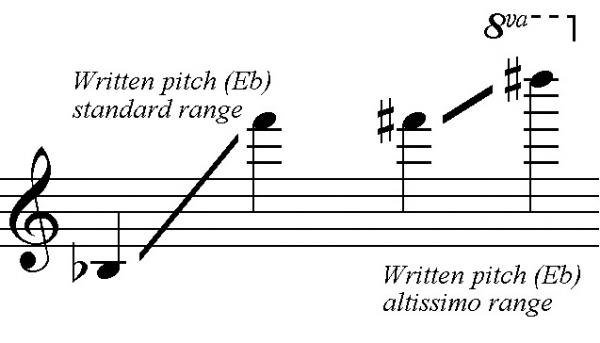 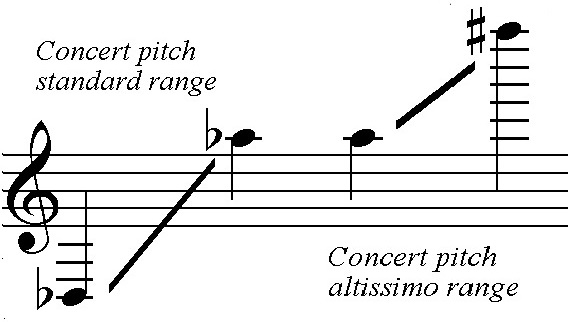 Extended techniques on the saxophone and how to notate them 1

The suggested extended technique notations below are only suggestions. Please feel free to invent your own or just write in the part what you would like the musician to do. All the note heads we have used can be found in the Sibelius software.

This is simply the noise of the keys and can be pitched or unpitched.

This is a very quick succession of notes that start at one pitch and end at another. A glissando can move up or down but the notes in the middle follow in order like a scale between the start and end notes.

This is similar to pitch bend but is a continuously oscillating sound.

The musician plays in such a way as to make a lot of breathy, whispering sounds on top of the note or with no note at all. 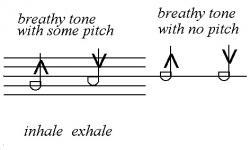 The musician plays above the usual register of the instrument through special fingers and embouchure. (Written as normal notation).

Extended techniques on the saxophone and how to notate them 2

The musician vibrates the back of the throat whilst playing to make a pitched growling sound.

The musician uses the tongue to create a fast vibrating sound like a buzz or ‘flutter’.

The musician plays two or more notes at once by singing one part whilst playing the other. When using this bear in mind the complexity and range of the singing part i.e. individual musicians will have different vocal ranges. 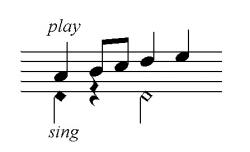 The musician plays intervals smaller than a semitone such as quarter tones (4 divisions of a tone) and even smaller. This is done using different fingerings or with the embouchure (mouth).

This is a percussive popping sound created by laying the tongue on the reed and pulling it away. The suction creates the popping sound. There are several different styles of slap tongue sound – open slap, woodblock slap, slap tone.. 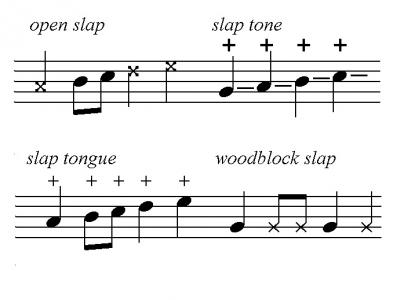 To listen to the following tracks you need to have Spotify open on your computer.