In this activity you will listen to BCMG oboe player Melinda Maxwell performing her own composition Sounding Out Varèse inspired by Octandre by Edgard Varese. You will doodle along to the music and then use your doodle to create your own music.

On May 4th 2020, BCMG's oboe player Melinda Maxwell performed Sounding Out Varèse. Melinda was also the composer of the piece. Her music was inspired by Octandre, a different piece of music by the composer Edgard Varèse. Listen to her performance below.

To compose the piece, Melinda took short melody ideas and rhythms from the oboe solo at the beginning of Octandre. Some of the musical ideas she prepared in advance and others she improvised in the moment. Here is the original piece:

Varèse was a fascinating composer who was ahead of his time. He was the first composer to add electronic sound to his music. He also liked to find and use new sounds and new instruments in his music. Many of his pieces use lots and lots of percussion instruments.

Varèse described music as 'organised noise' and talked about his own musical ideas as 'sound masses' that travel through time and space.

In his pursuit of new sounds, Varèse worked with some New York jazz musicians. Not being a jazz musician himself but clearly having an idea about the shapes he wanted the musicians to make, he drew the ideas he wanted. Below is his assistant Chou Wen-chung’s calligraphic copy of one of these 'jazz charts'. Look at the different shapes and types of lines that are used. How do you think it would sound? 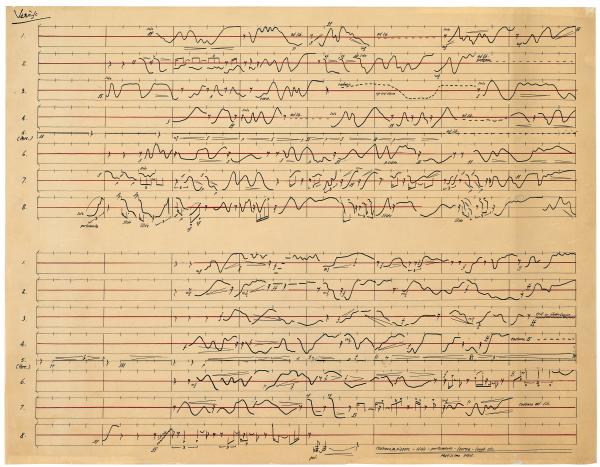 Image kindly reproduced with permission of the Paul Sacher Foundation.

CLICK HERE for a recording of Varèse's jazz sessions.

For a PRINTABLE version of this resource CLICK HERE

Listen to Melinda playing Sound Out Varèse or listen to Octandre. Or you could listen to some other of Varèse's music. My favourites are Déserts and Ionisation:

As you listen to Varèse's music, draw the sounds and shapes of the music that you hear or come into your imagination. 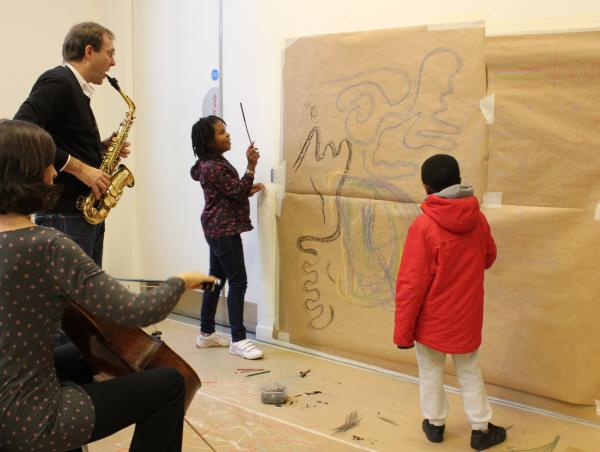 Now make a cardboard picture frame or two and frame the part of your doodle you like best or think is most interesting. Collect some sound makers from around the house and play the bit of doodle inside the frame using your sound makers i.e. wiggly line = wiggly music, smooth line = smooth music, jagged line = jagged music etc. 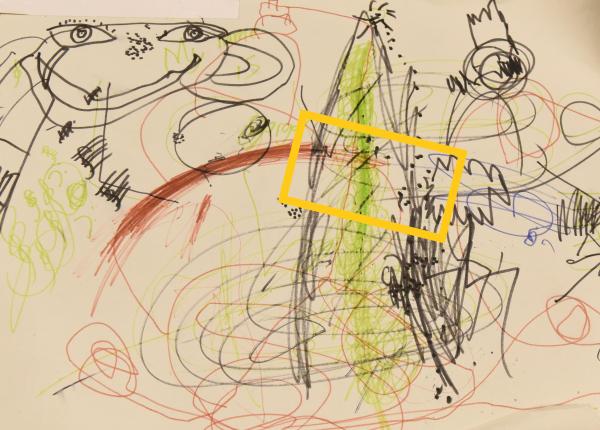 Some others ideas you could try include:

For example, here is an enlarged part of the above drawing which has lots of interesting and contrasting shapes and lines:

Play and experiment with your ideas until you find ones you like. For  your final performance you could mix ideas you have created in advance (composing) with new ones that you make up in the moment (improvising) - just like Melinda did in her piece.