In this activity you will create your own percussion piece inspired by Ionisation for 13 percussionists by composer Edgard Varèse. Varèse was fascinated by the quality of sounds and revolutionised how percussion instruments were used in Classical music. Many of the titles of his music borrow from scientific ideas.

Edgard Varèse composed Ionisation for 13 percussionists between 1929 and 1931. It is the first piece of classical music composed only for percussion instruments. Listen to it here performed by Ensemble Intercontemporain conducted by Susanna Mälkki:

Ionisation is a scientific term which describes when an electron breaks away or is knocked off an atom when it is battered by another particle or high energy. 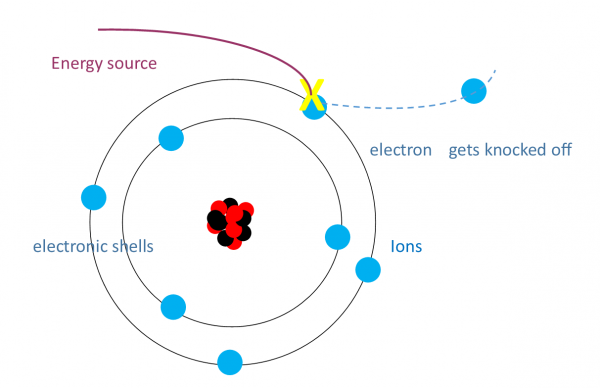 Varèse studied science and mathematics when he was younger, and his dad was an engineer. He often said that he was more influenced by science than by other composers and their music. His musical works often have scientific sounding names like Hyperprism, Octandre and Intégrales.

In Ionisation, the 13 percussionists play 40 different instruments. Below are most of the instruments used in the piece. How many of them do you recognise?

Click HERE and HERE or some useful websites to help you identify the different instruments and learn what they sound like.

Varèse was fascinated by the different qualities of sounds - their timbre. He was impatient for new instruments to be invented that would enable him to compose the music he imagined in his head.  He tried, often without success, to work with electricians, scientists and engineers to create new ones.

Go around your house and discover interesting and fascinating new sounds:

Below are the new percussion instruments I found in my house which, I've tried to match with the instruments Varèse uses in Ionisation.

Here are my drums, gongs, cymbals and glockenspiel: 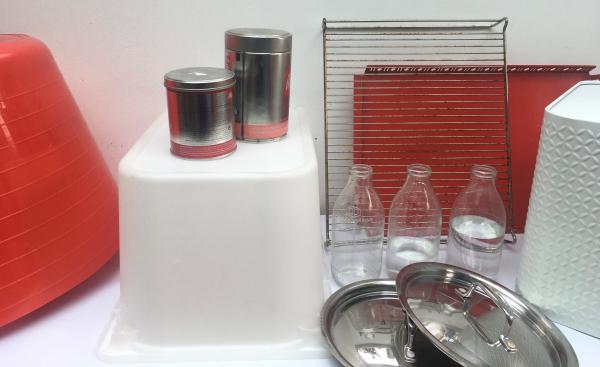 And here are my claves/woodblocks/temple blocks, guiro, maraca and castanets: 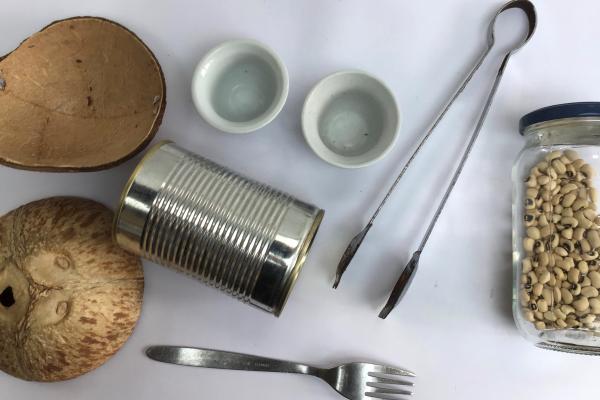 Now that you have collected your sounds and experimented with them, it is time to create a piece of music which uses them all. Think about Ionisation and what it means scientifically - what musical and sound ideas does this conjure up in your imagination?

Ionisation describes when an electron breaks away or is knocked off an atom when it is battered by another particle or high energy.

Or maybe there is a different scientific phenomenon that you might like to describe instead? Experiment with different ideas and try to record your favourite. As you perform, really listen to sounds and shapes that you are creating.